There has been huge controversy in Pyeongchang as infamously unlucky Team GB speed skater Elise Christie has been disqualified from the 1000m heats.

The Scotswoman has endured an excruciatingly painful time in South Korea thus far, crashing out of both the short track event in the final, and the 1500m in the semi final.

Christie, 27, was questionable to compete until the moment her race went off, given her exit from the rink after her 1500m mishap being atop a stretcher. 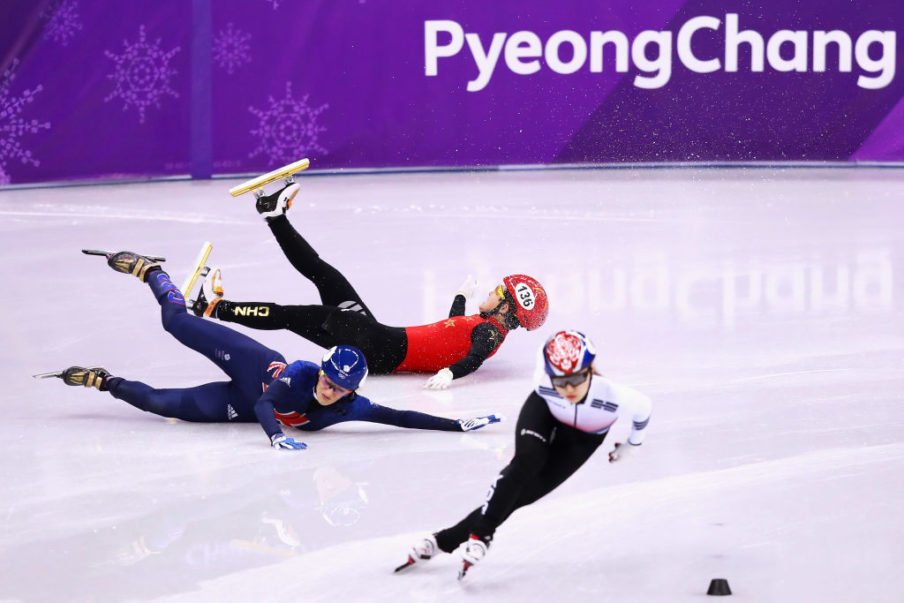 Despite being taken to hospital, it was determined she would be allowed to compete for her final chance at an Olympic medal in Pyeongchang.

Despite being littered with world records, European and World championship  medals, Christie remains without a medal in the Winter Olympics.

A heart-stopping start saw Christie clip an opponent’s blade and fall, but the referees saw fit to restart the race.

At the second-time of asking Christie got round safely to apparently qualify in second position in her heat, but on post-race review the officials determined the GB skater had partaken in an illegal manoeuvre.